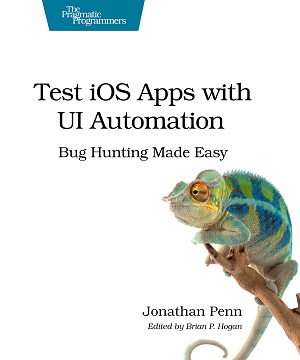 Automated user interface testing is an important part of a comprehensive testing strategy for iOS applications. By scrutinizing your app through the eyes and actions of the user, you raise confidence that features are wired up right and behave as you expect.

Through this book you’ll learn how to do full-stack testing of your iOS apps in both the simulator and on the device with Apple’s built-in tools. You’ll write behavioral tests in UI Automation that help protect against regressions. You’ll write scripts to repeat steps in Instruments to reproduce performance bugs. With a little ingenuity, you’ll build a workflow that gives the feedback you need.

Grow a test suite by working with a real application that uses Core Data and network requests. Learn how to describe expected behavior in test scripts, launch the app in a specific state, and stub external dependencies for completely isolated and repeatable tests. Along the way, you’ll practice how to organize your test code and run it hands-free from the command line. By the end, you’ll have the tools and habits you need to tackle the unique testing problems you’ll face while building best-of-breed native iOS apps for your users.