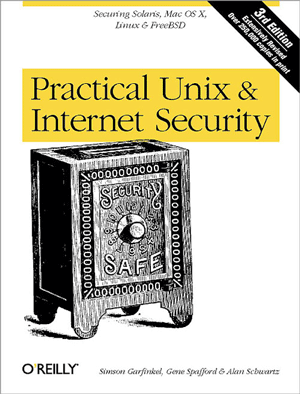 When Practical Unix Security was first published more than a decade ago, it became an instant classic. Crammed with information about host security, it saved many a Unix system administrator from disaster. The second edition added much-needed Internet security coverage and doubled the size of the original volume. The third edition is a comprehensive update of this very popular book – a companion for the Unix/Linux system administrator who needs to secure his or her organization’s system, networks, and web presence in an increasingly hostile world.

Packed with 1000 pages of helpful text, scripts, checklists, tips, and warnings, this third edition remains the definitive reference for Unix administrators and anyone who cares about protecting their systems and data from today’s threats.