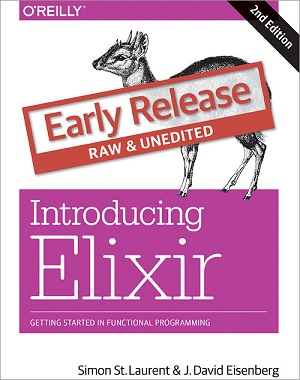 With Early Release ebooks, you get books in their earliest form—the author’s raw and unedited content as he or she writes—so you can take advantage of these technologies long before the official release of these titles. You’ll also receive updates when significant changes are made, new chapters are available, and the final ebook bundle is released.

Introducing Elixer is ideal for developers new to programming as well as experienced developers who want to move into functional programming.