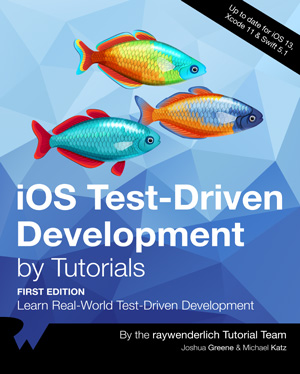 The book that teaches you to write maintainable and sustainable apps by building them with testing in mind or adding tests to already-written apps.

Learn How to Test iOS Applications!

This book is for intermediate iOS developers who already know the basics of iOS and Swift development but want to learn how to write code which is both testable and maintainable. To start, you’ll learn the TDD Cycle and how to implement these concepts within an iOS application. The book then takes you through Test Expressions and Expectation so that you can test synchronous code. You’ll then write tests to verify networking endpoints and the ability to mock the returned results, followed by writing tests that run against authentication endpoints. Continue trouble-shooting your apps by understanding common legacy problems, as well as breaking dependencies into modules. And, finally, refactor large classes into smaller, more manageable classes and objects.